MQTT based Monitoring System for Coal Mine using Raspberry Pi

Now a day’s due to global warming and climate changes there are challenging situations in coal mine. To reduce the cost as well as to improve the productivity along with product quality the automation in the field of coal mine is necessary, which will also reduce the mine workers efforts. This project proposes a design of a IOT system with MQTT protocol, by the help of Raspberry pi controller which is able to monitor the temperature, humidity, gas and status of smoke in an under ground mine. This system utilizes low power, cost effective Raspberry pi, a temperature sensor LM35, humidity sensor SYSH220, smoke detector, gas sensor for sensing the mine climate parameters and Wi-Fi for remote logging of data at central location to control the climate state. Every sensor values gets reported through MQTT protocol at every certain interval of time. If there is any sudden increase in any of those sensor values along with data log, ten seconds of video has been captured and sends to the server’s mail.

Traditional coal mine monitoring systems tend to be wired network systems, which play an important role in coal mine safe production. With continuous enlarging of exploiting areas and extension of depth in coal mine, many lane ways become blind areas, where in there are lots of hidden dangers. Moreover, it is inconvenient to lay cables which are expensive and consume time. In order to solve the problems, we will design a coal mine safety monitoring system based on IoT, which can improve the level of monitoring production safety and reduce accident in the coal mines. Also with the help of MQTT protocol we can able to get those parameter values quickly without any loss of data

In Existing system, Coal mine safety systems are using wired communication. It is expensive and makes difficulty to use wires in mines. Even measuring all parameters, it may crash if any disaster happens. 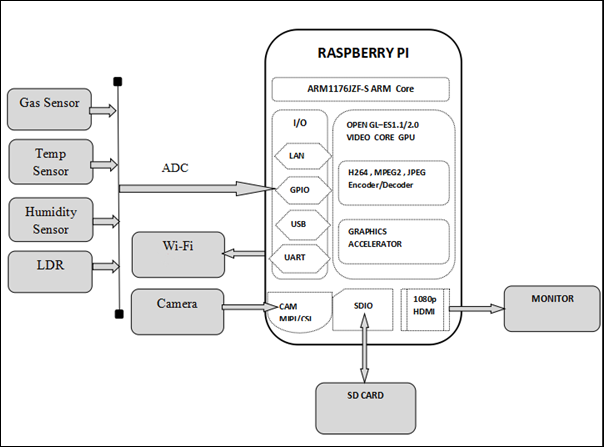 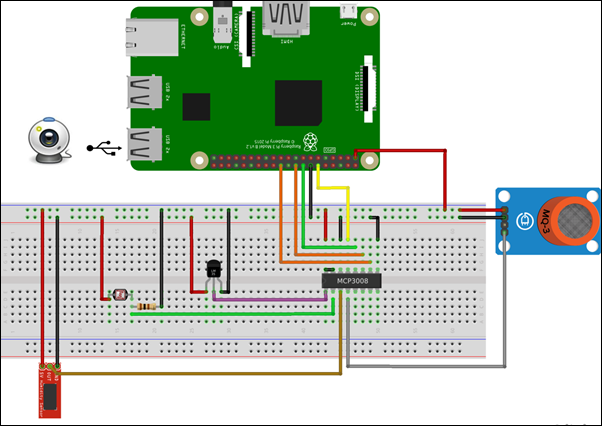 The above figure shows the sample image of MQTT client windows, reporting the sensor values for every time interval. Time interval can be configurable.

Instead of using wired communications, here systems are using wireless transmission with the help of MQTT and SMTP protocol, MQTT is quick transmission protocol and reliable too. It will record the data, even the client is out of the network and reports when a client comes to the network, so data logs with videos are in protected state by sending an email and data logs are already sent to MQTT node, even if any disaster happens in the coal mine, all data is protected and can be retrieved.