Object tracking in real time is one of the most important topics in the field of computer Vision. Detection and tracking of moving objects in the video scenes is the first relevant step in the information extraction in many computer vision applications. This idea can be used for the surveillance purpose, video annotation, traffic monitoring, human-computer interaction, intelligent transportation, and robotics and also in the field of medical.

The robot is designed to track objects by spinning left and right to keep the object in sight and driving forward and backward to maintain a constant distance between the robot and the object. Images are acquired through the camera of an ARM11 Raspberry Pi device which is attached to the robot. The camera is attached to servos on the robot which allow the camera to pan and tilt. Several image processing techniques are used to detect the location of the object being tracked in the images 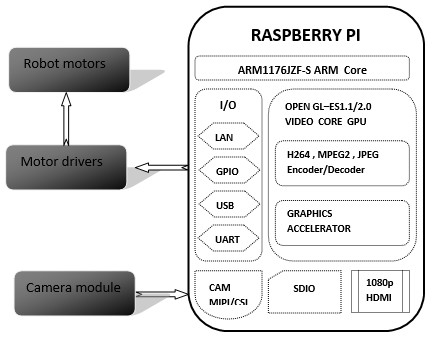 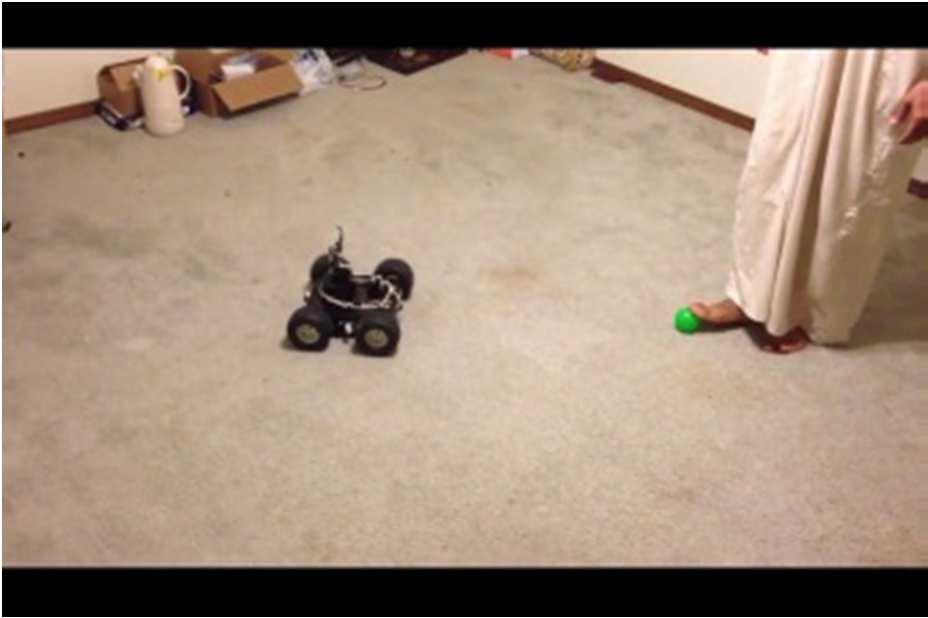