This project deals with the latest technology called the sixth sense. It’s a portable interface that augments the physical world around us with the digital information. It’s just born concept which allows user to connect with the real world seamlessly. Sixth Sense technology is a technology with which a system could be trained to recognize and percept real world objects and react as desired. Sixth Sense technology bridges the gap between the physical world and the digital world, bringing intangible, digital information out into the tangible world, and allowing us to interact with this information via image processing.

In this project we are making use of standalone ARM11 processor for image processing. A usb camera is used with ARM11 processor to enable the project with machine vision. This project can be used to control the high voltages home appliances such as lamp, fan etc. using machine vision. User needs to show the images drawn on a paper and show it the camera. Based on the predefined logic the electrical devices will be turned ON or OFF. 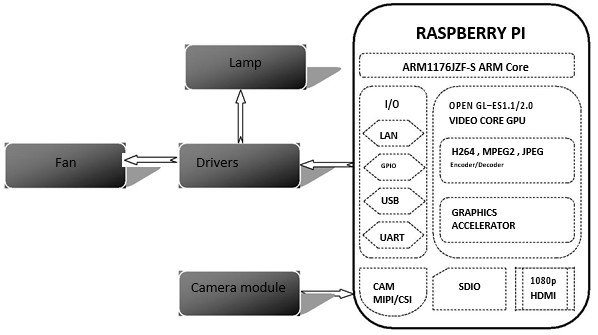