In this project we are interfacing sdram memoryto the fpga processor

Shipping :2 to 3 working days from the Date of purchase

Field Programmable Gate Array (FPGA) technology has become a viable target for the implementation of real time algorithms suited to image processing applications. The unique architecture of the FPGA has allowed the technology to be used in many applications encompassing all aspects of video image processing. Among those algorithms, linear filtering based on a 2D convolution, and non-linear 2D morphological filters, represent a basic set of image operations for a number of applications. In this work, an implementation of linear and morphological image filtering using a Spartan3 FPGA Image Processing Kit, with educational purposes, is presented. The system is connected to a serial port of a personal computer, which in that way form a powerful and low-cost design station. 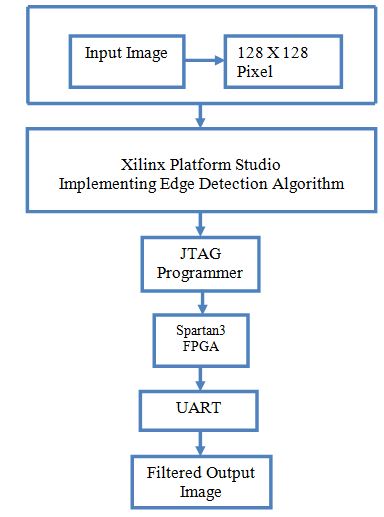 The most basic morphological operations are dilation and erosion. Dilation adds pixels to the boundaries of objects in an image, while erosion removes pixels on object boundaries. The number of pixels added or removed from the objects in an image depends on the size and shape of the structuring element used to process the image. In the morphological dilation and erosion operations, the state of any given pixel in the output image is determined by applying a rule to the corresponding pixel and its neighbors in the input image. The rule used to process the pixels defines the operation as dilation or erosion. This table lists the rules for both dilation and erosion.

Rules for Dilation and Erosion

The dilation of an image f by a structuring element s (denoted f   s) produces a new binary image g = f   s with ones in all locations (x,y) of a structuring element’s origin at which that structuring element shits the the input image f, i.e. g(x,y) = 1 if s hits f and 0 otherwise, repeating for all pixel coordinates (x,y). Dilation has the opposite effect to erosion — it adds a layer of pixels to both the inner and outer boundaries of regions.

Linear filters in the time domain process time-varying input signals to produce output signals, subject to the constraint of linearity.

Most filters implemented in analog electronics, in digital signal processing, or in mechanical systems are classified as causal, time invariant, and linear. However the general concept of linear filtering is broader, also used in statistics, data analysis, and mechanical engineering among other fields and technologies. This includes non-causal filters and filters in more than one dimension such as would be used in image processing; those filters are subject to different constraints leading to different design methods, which are discussed elsewhere. 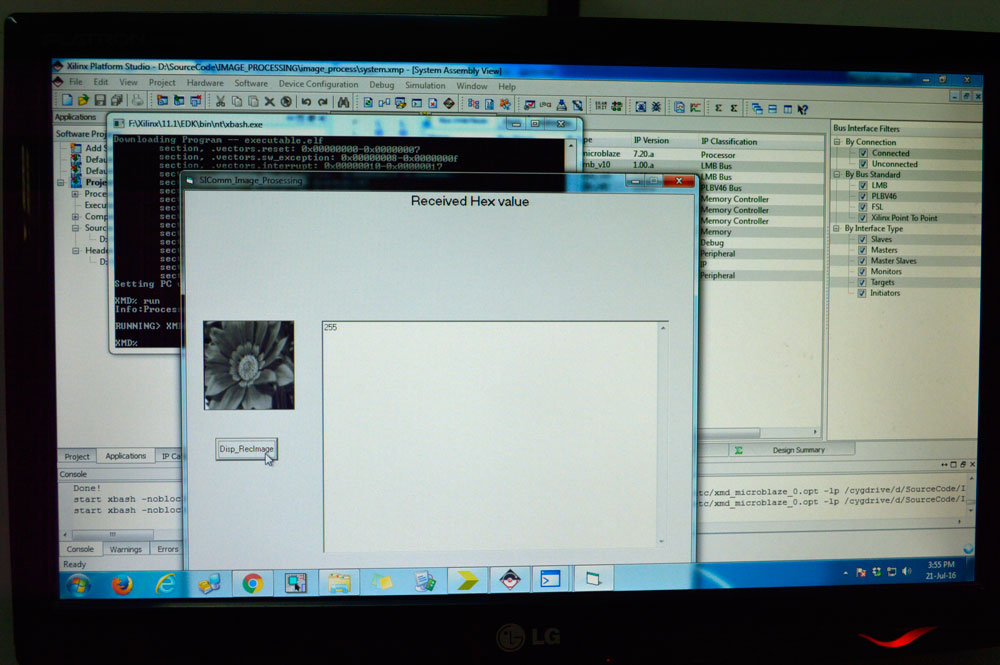 A low-cost image processing system for real time applications with educational purposes has been implemented. The system takes advantages of the available resources in a EDK system based on the Spartan3 FPGA Image Processing Kit.