PIR motion detectors are perhaps the most frequently used for security device. Passive IR motion detectors are usually designed to provide an indication to an alarm panel in response to detecting IR that is indicative of motion of the object. The alarm panel is responsive to receipt of the breach indication to cause an alarm condition to occur. When a person or motor vehicle enters a monitored area, PIR motion detectors are commonly used in conjunction with indoor or outdoor to turn on a light in response to a person moving in the field of view monitored by the motion detector. Someone enters secured places, immediately it will send sms for the Corresponding people. The people can understood something happens in host section. At the Same time camera keep on capturing images at the host place and saved into the computer. When the owner in remote place, they got messages to the host section by sms, they log into the host section computer through GPRS and WAP enable mobile, they can view all information of the host section images by mobile phone.

A motion detector of an alarm system has a microwave sensor and a passive infrared sensor, and includes signal processing logic for initiating an anti-masking evaluation upon detection of certain conditions. The detector then samples the sensor signals and compares the signals to a series of possible outcomes. Some of the possible outcomes represent the masking conditions, while others represent normal conditions. A match with masking conditions results in an alarm signal being generated. The pyroelectric sensor is made of a crystalline material that generates a surface electric charge when exposed to heat in the form of infrared radiation. Someone enters secured places, Spartan3an FPGA Starter Kit immediately send SMS for the corresponding people through GSM modem.

The FPGA is more advantageous compare to other models due to its re-configurability and its parallel processing. The GSM modem is connected to the FPGA through serial cable. The people can understood something happens in host section, when they receive message. UART MAX232 stands for Universal Asynchronous Receiver/Transmitter   which can be used to receive data from the server through the serial cable.

If user response is received in default time, the system will be in user control mode, where user can establish a remote connection to observe the target area and make relevant control with the help of rotating unit called stepper motor. According to the instructions given through the mobile, then the corresponding operations performed by stepper motor will be rotated either in clockwise or in anti-clockwise. At the same time camera keep on capturing images at the host place and saved into the computer.

Most PIR modules have a 3-pin connection at the side or bottom. The pin-out may vary between modules so triple-check the pin-out! It’s often silk screened on right next to the connection. One pin will be ground, another will be signal and the final one will be power. Power is usually 3-5VDC input but may be as high as 12V. Sometimes larger modules don’t have direct output and instead just operate a relay in which case there is ground, power and the two switch connections. The output of some relays may be ‘open collector’ – that means it requires a pull-up resistor.

An easy way of prototyping with PIR sensors is to connect it to a breadboard since the connection port is 0.1″ spacing. Some PIRs come with header on them already; the ones from Ad fruit don’t as usually the header is useless to plug into a breadboard. By soldering in 0.1″ right angle header, a PIR is easily installed into a breadboard. PIR sensors are rather generic and for the most part vary only in price and sensitivity. 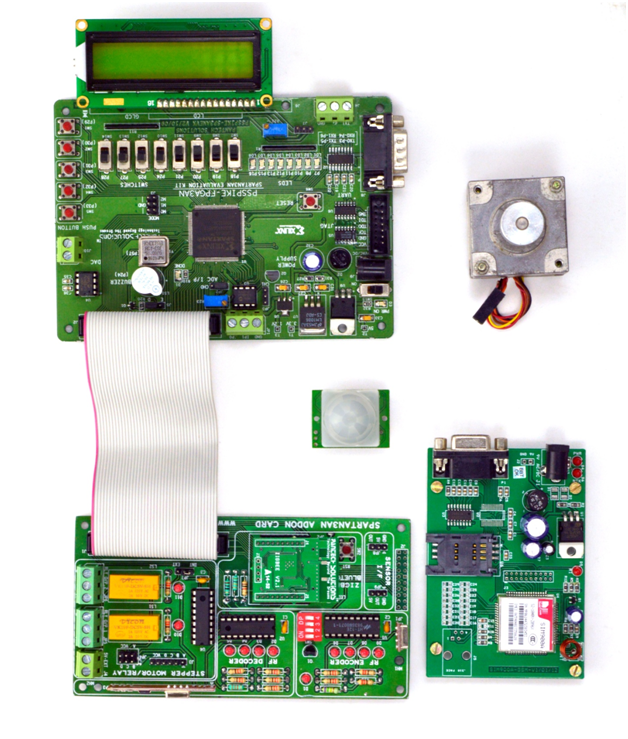 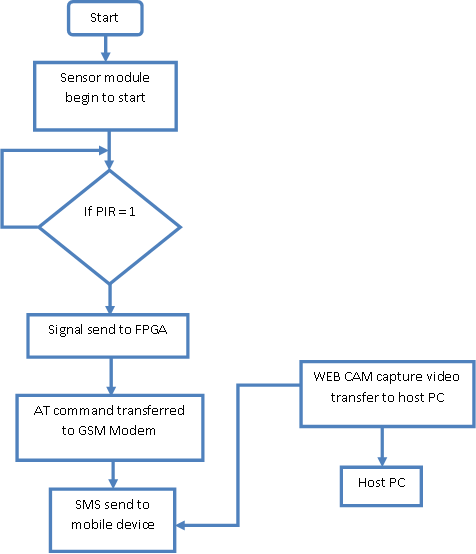 We implemented a novel configuration for the sensors and a set of features that can be easily calculated by typical wireless sensor nodes based on Spartan3an FPGA Starter Kit. The technique proposed allows high reactivity. Results of the detection are available within few hundreds of milliseconds after the event is ended. These solutions can improve cost, performance, and productivity for many video and imaging applications.