ROS Robot is an autonomous robot, which has feature of reaching the Marked destination using Robotic Operating System (ROS) with Matlab

Everyone knows about the Turtlebot, the one popular bot which has indoor features like servicing. From the idea of turtle bot, this Autonomous Robot also uses SLAM algorithm for localization and Mapping, Path planning and Path following with only difference by using Matlab.

ROS is the Robot Operating System, which is the software libraries use for developing the Robotic applications which also has some algorithms with some development tools. ROS is open source which is compatible in every Operating system and also by using Robotic Operating System Software package available in Matlab, we can access the Autonomous Robot from the Matlab.

There are a lot of versions of ROS. Like ordered alphabetically.

SLAM is Simultaneous Localisation and Mapping. It is used to map the unknown environment by tracking the current location of the Bot in that same environment. By using SLAM algorithm complete indoor servicing can be done by using Mapping with path planning and following.

Among those 360 degrees, lidar can be used for major applications.

This is one of the Low-cost Autonomous Robot, which has simple structure uses ROS (Robotic Operating System) software library of version ROS Kinetic booted with Raspberry Pi and also interfaced with RPLidar in the front top portion of the Bot. This low-cost turtle bot emerges with features like SLAM (Simultaneous Localization and Mapping), Path planning and Path Following. which has the capability to reach the destination automatically after its destination is fixed in the Map. For those Applications, we are using Matlab’s Robotic Operating System Software package to communicate with ROS in the Raspberry Pi using ROS Network Configurations.

In this proposed system new way of the method to reduce the cost, we used every basic model of hardware like Raspberry Pi as the core of ROS and using Rplidar A1 model which also a 360-degree functional lidar. For Robot control we are simply using Arduino interfaced with HC-05 Bluetooth to receive commands from the laptop. And rest of the functionalities like Algorithms like SLAM, Destination Marking, Path Planning and Path following are developed in Matlab using Robotic Operating System in Software Package of the Matlab. By using ROS Network configurations ROS is communicated from the Matlab. 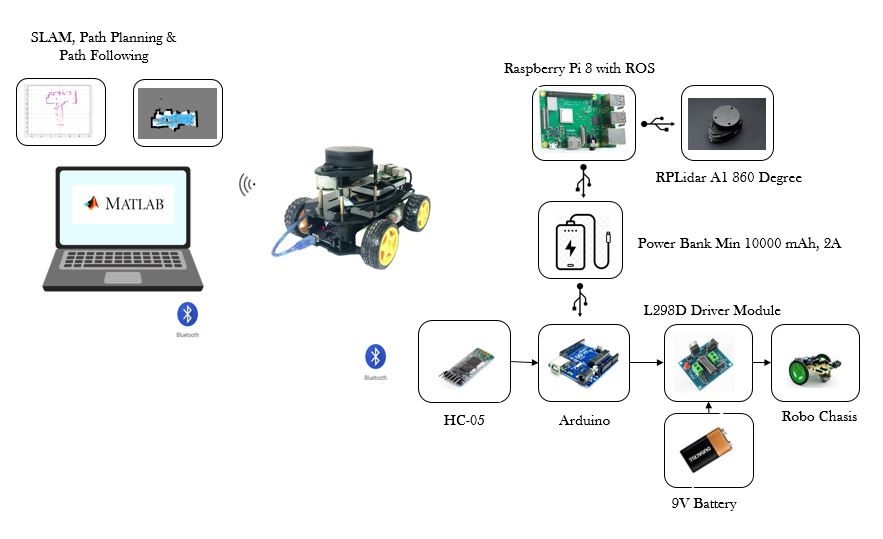 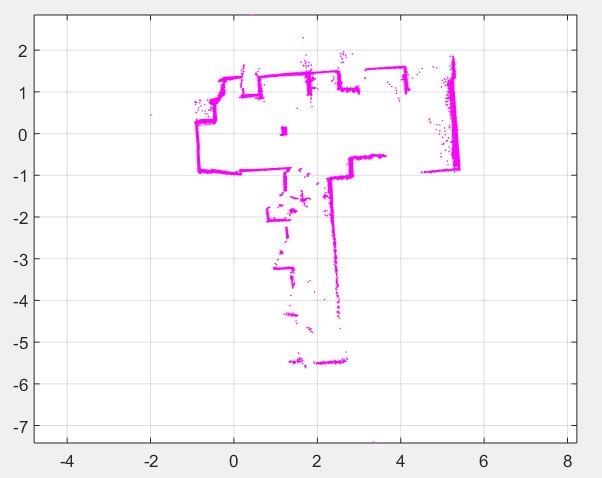 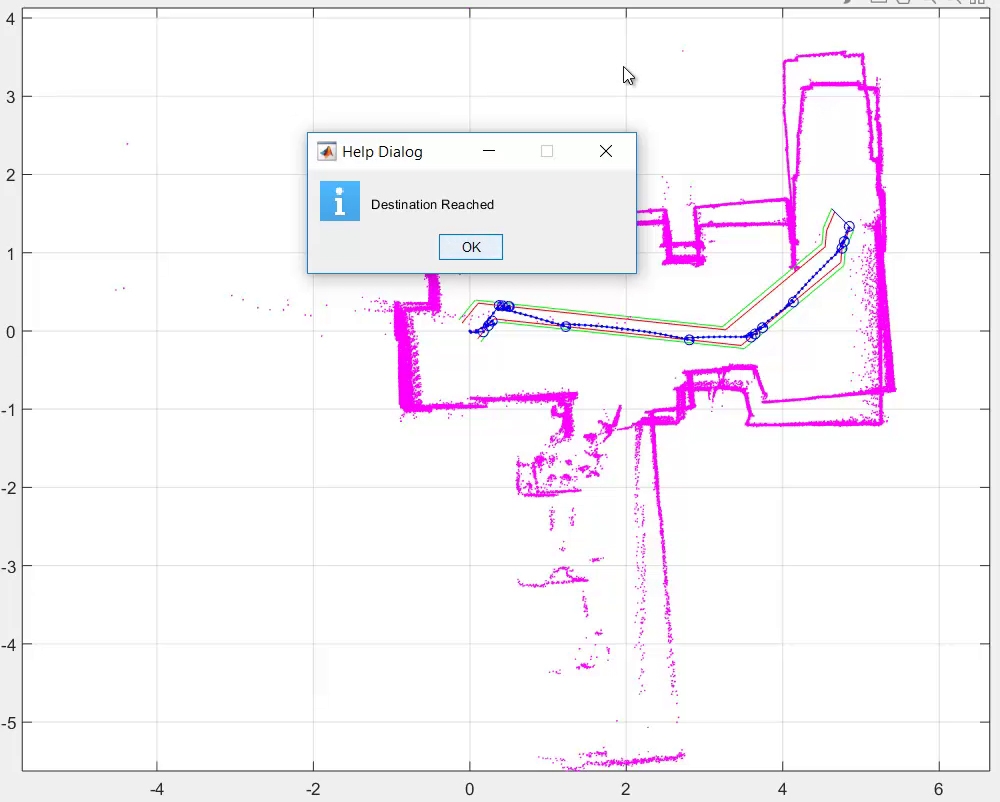 Be the first to review “Autonomous Robot” Cancel reply