In our society, though there are underground power lines, still there are power lines. Main problems that we are facing like, if there is any cable breakage in any lines, whole lines will become hazardous, so by using this Raspberry Pi system, those hazards can be prevented, which the system separate every line as separate nodes, if any cable line breakage occurs Raspberry Pi system finds that node and power down the previous node, instead of shutting down the whole power lines. So that hazards get prevented and also it is notified as an email with the node information which the power breakage occurs. 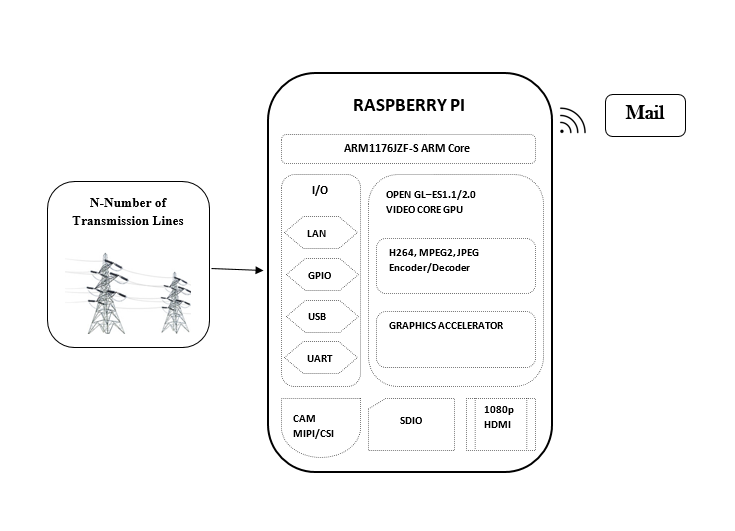 The above block diagram shows that the transmission line which contains power cables with some LED indicator connected on every node of Transmission line. To make the notification, the system is connected with the internet to notify the power breakage.

By using this system, hazards get avoided and also both monitoring as well as controlling those Transmission lines by cutting off the power on the previous node automatically.