The project presents image dehazing and matching images of different view based on depth map estimation with scene recovery and Scale invariant feature transform for remote sensing application. Image matching is useful approach in many remote sensing applications such as, change detection and fusion of images taken with different sensors. Haze is the atmospheric phenomenon that dims the clarity of an observed scene due to the particles such as smoke, fog, and dust. A hazy scene is characterized by an important attenuation of the color that depends proportionally by the distance to the scene objects. As a result, the original contrast is degraded and the scene features gradually fades as they are far away from the camera sensor. Moreover, due to the scattering effects the color information is shifted. To minimize this kind of image distortion, two different singe based image technique are commonly used which are physically and contrast based technique. In contrast based technique, the local contrast of hazy image will be restored to achieve better visual perception. Here, physically based technique is utilized to increase the clarity of hazy images. It uses atmospheric light and transmission map components to recover the scene objects from the degradation. After that robust keypoints extractor will be used to locate invariant features on processed images of different view for matching of same scenes. The simulated result shows that used methodology provides better contrast preservation of degraded images and efficiency in localization of invariant keypoints for robust matching of similar scene images taken at different view rather than prior methods.

Restoration of image quality from hazy effect on remote sensing images for its robust matching based on, 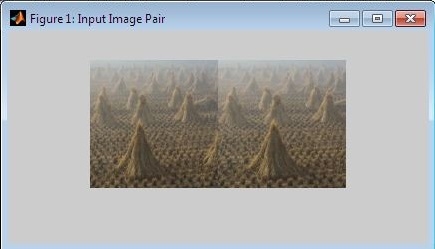 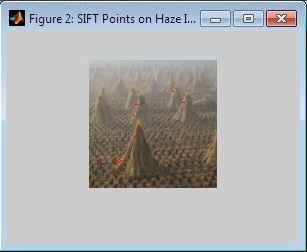 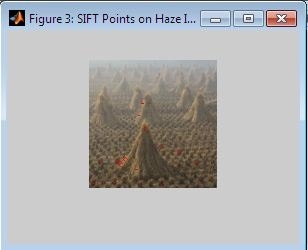 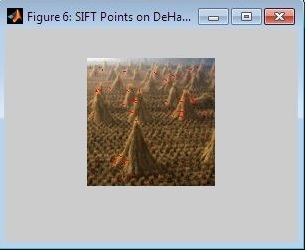 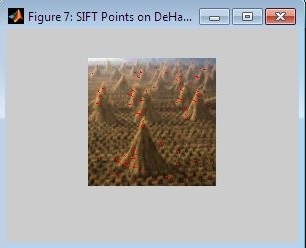