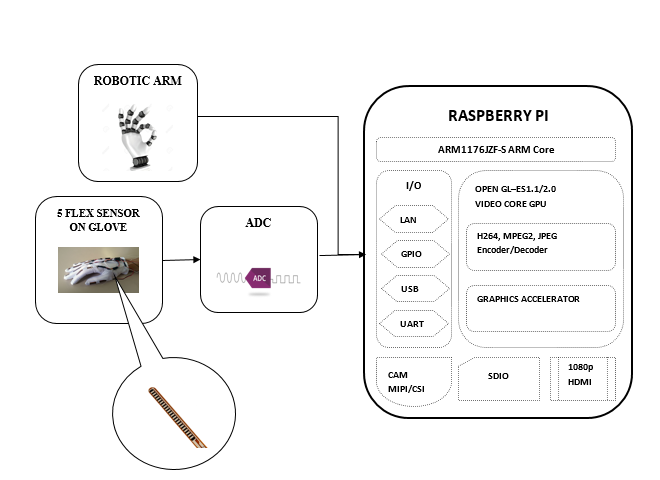 In the above Block diagram 5 Flex sensors are connected to the Raspberry Pi through Analog to Digital Converter, and based on closing our palm robotic arm can be controlled. The robotic arm which contains 5 fingers which get opened and closed using a motor with the strip.

This Raspberry Pi project helps you to control the appliances using our palm movement, by placing 5 flex sensor in the glove wore in our hand, based on bending the flex sensor value gets varied. According to the convergence robotic arm which connected to the GPIO pins of the Raspberry Pi. The application can be anything like controlling appliances based on stretching the fingers and closing the fingers for each and every application

By this Raspberry Pi project, you will learn how to use a flex sensor for controlling the robotic arm with 5 fingers, which the code can be easily modified based on the applications.