This project helps you to learn about RFID technology with Raspberry Pi, can be used in security systems for user authentication

This paper presents Bus detection using RFID (Radio Frequency Identification) for visually challenged Peoples to make them easier traveling without any assistance. This system consists of two subsystems i) Bus detection system ii) Bus Station system. In this system, whenever the bus reaches certain stops, it gets detected and identified based on RFID and got reported as a voice command. In bus station system if the coming bus is detected by the RFID Reader it gives alert to Blind person by means of voice output. Because every bus has a unique RFID tag to detect. Output performance of this system satisfies all the parameters of Functionality, cost, and safety.

Blind people need special requirements and services including the public transportation to give them the rights and ability to move smoothly and independently from one place to another. One of the requirements for ease and comfort in enjoying life is the ability to move independently from one place to another using different transportation means such as cars, metro etc. However, not everybody can simply depend on his own in traveling like some categories of disabled people. One of these categories is blind people who face many problems in mobility from place to another. Public transportation is not easy to use and access by blind people in many countries. Normally in the case of transport, blind people have difficulty in recognizing and estimating the arrival of buses at the stations. They cannot identify the bus arrival

This paper presents a system to help blind people to travel smoothly and independently from one place to another by providing complete and clear information. The existence of blind people at the bus station to alert the bus driver, the approaching bus station, and the buses arrival and their routes at a bus station. 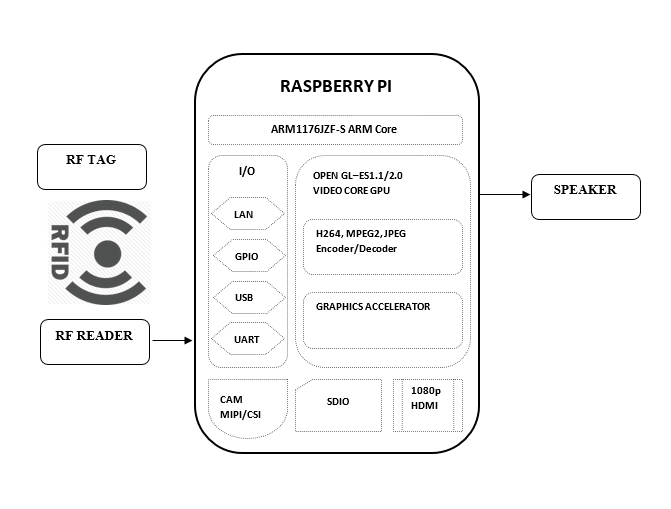 Since the estimated number of blind people over the world is between 40 to 45 million, special services should be provided to them in order to give them the right to live as others do. In this paper, we presented a bus detection system for blind people using RFID. The proposed system is easy and provides a convenient service for all the passengers; not only the blind ones. The system has two subsystems which are the bus subsystem and the station subsystem. Bus subsystem announces the coming stations on the bus route for all passengers. Moreover, the bus driver will be provided with the number of blind people who required the bus and their destinations. The station sub-system will give the announcement of the approaching buses. A prototype of the proposed system was successfully built and tested.