Computer Vision and Internet of thing (IOT) is the emerging technologies now a days. To reduce the man power for security aspects, in this project a Surveillance system has been implemented using a Raspberry Pi 3 and the image processing algorithm using OpenCV.

Computer Vision and Internet of thing (IOT) is the emerging technologies now a days. To reduce the man power for security aspects in this project a Surveillance system has been implemented using a single board computer i.e. Raspberry Pi 3 which will act as the CPU in which we will do the coding part using Python and a module named Open Source Computer Vision (OpenCV). A local database of the authorized person is been made which has the images of all the persons who are authorized to enter that security area. Camera will act as the computer vision which is in surveillance mode, which will automatically take the image of the person compare with the local database if the person matches it will open the door and if the person in unauthorized then it will send the SMS and the image of the unauthorized person through MAIL using the SMTP. Also a webpage is made which will show the unauthorized person image. This image will be stored in the apache server where we have our web page.

In this proposed system, as the camera is in surveillance mode automatically the person image will be captured as the person comes in front of the camera, it will compare with the database using the convolution neural networks, where the accuracy will be very high  and the speed also will be high. 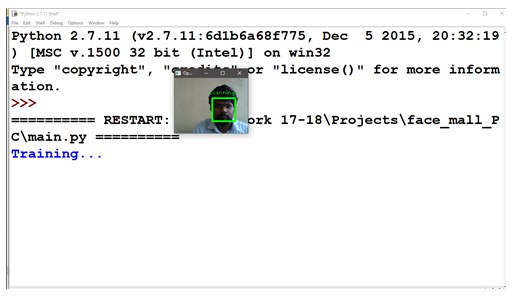 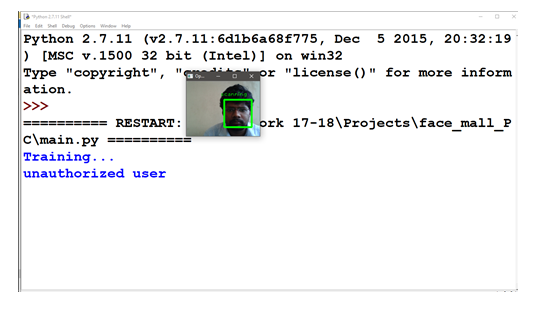 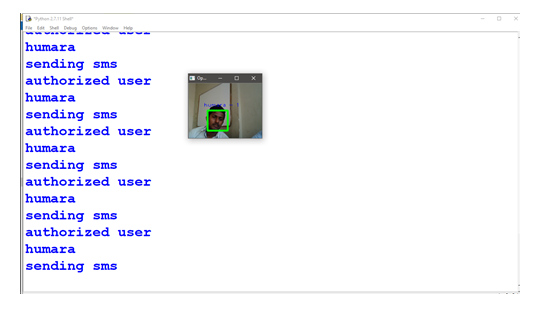 According to this system, it make our life easy and more secure as we can get the status of the person entering into the house from a remote area with the image of the unauthorized person through SMTP mail protocol and also a SMS API is made using TWILIO which will act as indicating that a unauthenticated person is entered into the room.