Home Automation is conveniences installed and designed to perform chore in your living place. Smart homes are often referred to as intelligent homes as they perform services that become part of our life. Many of the automated systems that silently perform their jobs unnoticed this is automation at its best. The system is initially in standby mode waiting for an input from the user. Once an input is detected, it is analysed by the speech recognition module. If a known command is detected, the speech recognition system sends respective digital representations to the microcontroller. The microcontroller then interprets these data signals, compares them with a database and thus identifies the referred load and its desired state. 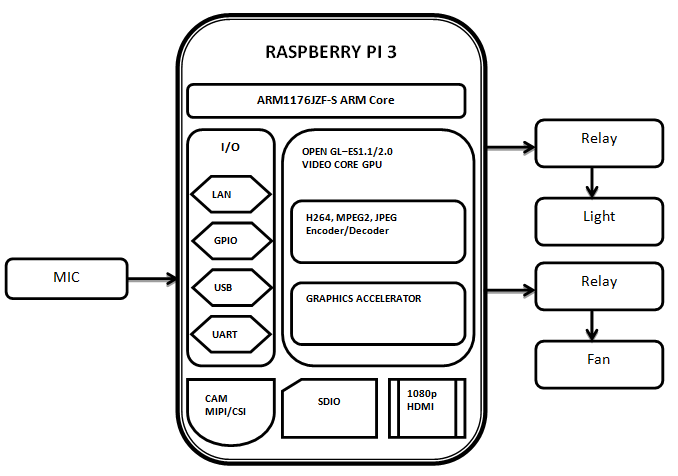