Playing own songs in…

Raspberry Pi the mini pc which can be used as any applications as like this Raspberry Pi ideas by using an entertainment device like Raspberry Pi radio. Which the system is having features like playing songs from different channels and also to control the radio by changing the channels, volume changes, start and stop by pressing the pushbuttons which are programmed as an interrupt in the Python programming to pause the current state and to listen to the push buttons for various inputs. Which is IoT Raspberry Pi that it is connected to the internet to stream the audio channels from the different URL 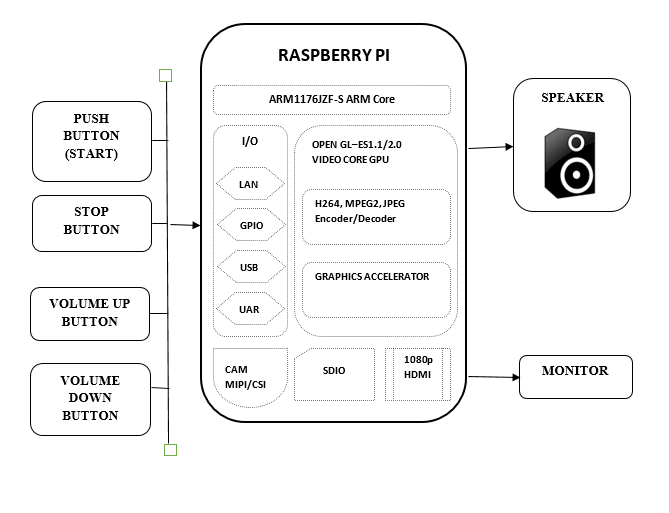 The technology IoT makes the system to call the URL to stream music, by pressing the buttons to change channels based on URL, then also you can control the volume of the radio. This is one of the Raspberry Pi entertainment projects.

This is one of the Raspberry Pi simple project, which system is converted to Entertainment media as Radio.