We develop a face recognition algorithm which is insensitive to large variation in lighting direction and facial expression. Taking a pattern classification approach, we consider each pixel in an image as a coordinate in a high-dimensional space. We take advantage of the observation that the images of a particular face, under varying illumination but fixed pose, lie in a 3D linear subspace of the high dimensional image space—if the face is a Lambertian surface without shadowing. However, since faces are not truly Lambertian surfaces and do indeed produce self-shadowing, images will deviate from this linear subspace. Rather than explicitly modeling this deviation, we linearly project the image into a subspace in a manner which discounts those regions of the face with large deviation. Our projection method is based on Fisher’s Linear Discriminant and produces well separated classes in a low-dimensional subspace, even under severe variation in lighting and facial expressions. The Eigenface technique, another method based on linearly projecting the image space to a low dimensional subspace, has similar computational requirements. Yet, extensive experimental results demonstrate that the proposed “Fisherface” method has error rates that are lower than those of the Eigenface technique for tests on the Harvard and Yale Fase Databases. 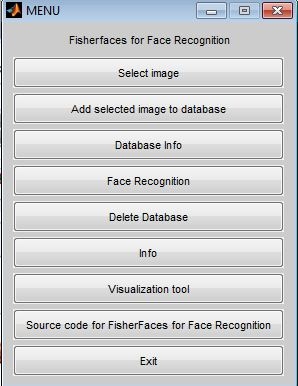