EZW produces an excellent compression performance, both in terms of statistical peak signal to noise ratio and subjective human perception of the reconstructed image

In multimedia application, most of the images are in color and color images contain lot of data redundancy and require a large amount of storage space. Set partitioning in hierarchical trees (SPIHT) is wavelet based computationally very fast and among the best image compression based transmission algorithm that offers good compression ratios, fast execution time and good image quality. We will obtain a bit stream with increasing accuracy from EZW algorithm because of basing on progressive encoding to compress an image. All the numerical results were done by using matlab coding and the numerical analysis of this algorithm is carried out by sizing Peak Signal to Noise Ratio (PSNR) and Compression Ratio (CR) for standard Lena Image. The EZW scheme implemented divides an image into blocks of standard size and performs coding on each of the blocks. The decompressed images for a bit rate of 3bpp for different block sizes It can be seen that for very small block sizes and very large block sizes the visual distortions are more pronounced. In case of smaller images the distortions may be due to the size of the header details needed to be added for each block, which would be significant compared to the information of the block itself. In case of large block size the initial threshold is high and hence needs a lot of passes to achieve significant amount of visual quality

Digital image compression is now essential. Internet teleconferencing, High Definition Television (HDTV), satellite communications and digital storage of images will not be feasible without a high degree of compression. Wavelets became popular in past few years in mathematics and digital signal processing area because of their ability to effectively represent and analyze data. Typical application of wavelets in digital signal processing is image compression. Image compression algorithms based on Discrete Wavelet Transform (DWT),such as Embedded Zero Wavelet (EZW) which produces excellent compression performance, both in terms of statistical peak signal to noise ratio (PSNR) and subjective human perception of the reconstructed image. Said and Pearlman further enhanced the performance of EZW by presenting a more efficient and faster implementation called set partitioning in hierarchical trees.

The current coefficient as a zero-tree root and it instructs the encoder not to code the children of the particular coefficients. In the decoder part, after the dominant pass, the approximate values of the coefficients are obtained, further refinement of the coefficients are done by decoding the significance and by subsequent passes. The initial wavelets are obtained by the functions band4afilter.m which divides an image into 4 sub-bands by successively applying the filter along the rows and columns. 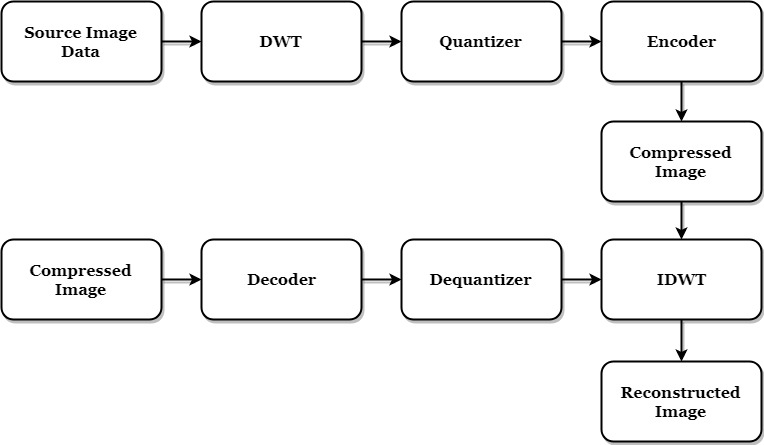 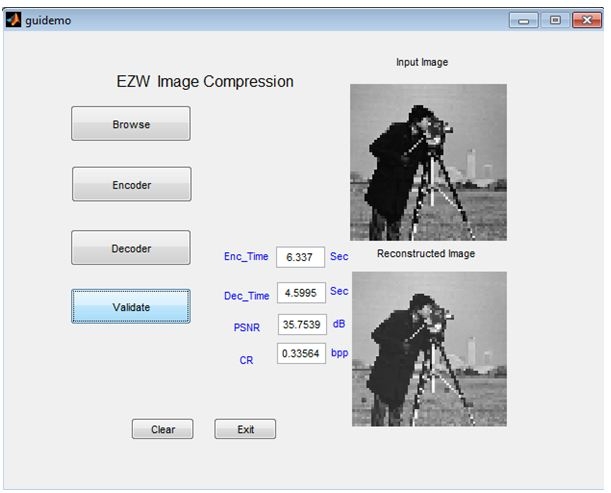 In this project the Embedded Zero-tree Wavelet coding scheme was implemented. The effect of using different Wavelet transforms, using different block sizes and different bit rates were studied. Non-block based coding was also studied and it was observed that it takes a lot of computation.