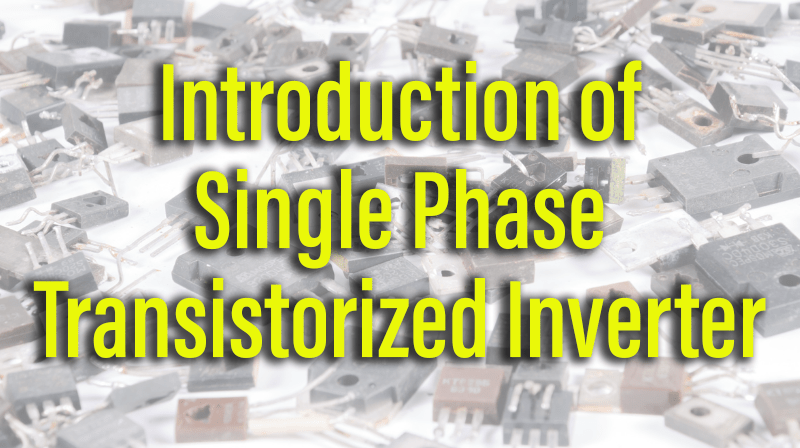 Current source inverters (CSI) with slow switching symmetrically blocking GTOs are commercially used for many years, especially in high voltage and high power applications . With the availability of fast switching IGBTs and the possibility to increase the switching frequency, one of the major drawbacks of CSIs, the large and expensive dc link inductor and bulky line and motor side filters, have been overcome and CSIs became also attractive in medium power applications due to their sinusoidal input and output currents and their inherent ability for regenerative operation. But with the reduction of the inductive and capacitive components as well as with the increased switching speeds of IGBTs, protection becomes more difficult because of the shorter time available to react on failures. The missing freewheeling diodes as they can be found e.g. in VSIs (voltage source inverters) require extra passive or active protection mechanisms in a CSI to provide continuous conduction paths for the inductor currents. In literature related to CSIs only sparse information can be found about protection against over currents, current interruptions and over voltages.

For single phase dc/ac inverter systems, with no regard to either VSI or CSI topology, the pulsating nature of the instantaneous power flow is in common as further detailed by the explanation in Section II. The pulsating power flow will manifest itself in the form of either dc-link current ripple or voltage ripple in a single-phase CSI or VSI, respectively. The low- frequency ripple on the dc-link will potentially have the following adverse consequences:

Although the modern semiconductor power devices such as insulated gate bipolar transistor (IGBT) offer the capability of switching at the high frequency of tens kHz, the specifications of some of the passive components in a design have to be based on the low frequency since the ripple current or voltage will be dominated by the low-frequency components. The resultant bulky design will not only be unappealing with regard to the associated cost ineffectiveness, but also present a considerable challenge to system design integration that is critical to achieve high reliability.

In PV generation system, the low-frequency ripple of the dc link voltage or current will negatively impact the performance of the maximum power point tracking (MPPT), which is almost a must in PV systems to maximize the utilization of the power generation asset. Furthermore, the system dynamic performance is degraded due to the large-size passive components.

The CSI is operated with a fixed pattern, which is usually optimized in terms of harmonic spectrum and switching frequency. Thus, the load voltage harmonic distortion THD is minimum and constant (Table I). However, the dc-link current must be adjusted through transient changes in firing angle to meet the requirements of the load. The dc voltage, on the other hand, is practically constant and independent of the load torque

This last feature leads to a constant input current displacement factor and, thereby, a constant overall PF (Table I). Also, since the dc-link current tracks the output current, the dc-bus and switch conduction losses are kept to a minimum. Usually, the dc-link inductor is designed to have an acceptable current ripple (5%). In order to achieve this value and due to the low-order harmonics produced by the thyristor rectifier (sixth, 12th, etc.), the size of the dc inductor becomes quite bulky. This results in a slow system transient response. Also, the supply current has a high distortion factor % due to the low-order harmonics (fifth, seventh, etc.) injected by the thyristor rectifier.. The rectifier phase angle is only adjusted during transient conditions occurring under load speed and torque variations.

Unlike the above control scheme, the CSI is operated with a PWM pattern, which varies as a function of the CSI modulation index. Therefore, the load voltage harmonic distortion is variable and depends upon the speed and load torque (Table I). Since the dc-link current is fixed, the different load power requirements are obtained by varying the dc-link voltage. To achieve this, the input current displacement factor is continuously adjusted and, thereby, the input PF becomes variable and closes to zero for light loads. Contrary to the variable dc-link current scheme, the dc-bus and switch conduction losses are always maximum, due to the fact that the dc-link current is always maximum (Table I). Although the dc-link inductor size is as big as the one used in the above scheme, the dynamic response of the load current is improved, due to the variable PWM pattern approach with time responses to modulation index changes of the order of a sampling period. This scheme also presents a high supply current harmonic distortion, due to the thyristor rectifier operation (Table I).