This Project implements the design of graphic game named “Ping Pong” in Spartan3 FPGA Image Processing kit. “Ping Pong” is a game with 2 players. One is the human player and the opponent is created by the game and tries to simulate a basic AI player. The opponent and also the human player are fighting for points. The player controls a green rectangular board and the artificial opponent controls a blue rectangular board. The ball is a small red square that bounce from one board to another and also from the left and right walls. The background of the game is white. The losing occurs when a player isn’t able to catch the ball and the ball passes by him, and so the other player gains a point. This happenes until one player reaches the score of 128 points and then the player remains at this score. The design is complete, meets most of the requirements, and it has been verified by physical implementation. 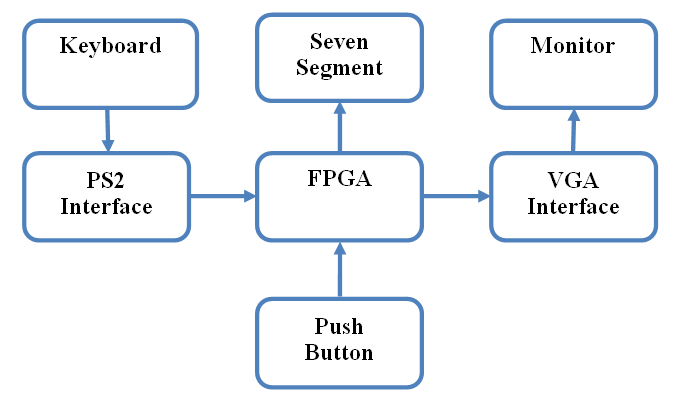 In the implementation of this game it was used VHDL codes that implements a keyboard reader for the control of the game, a monitor horizontal, vertical synchronizing signals and color signal, a 7 segment 4 digit led display control.

The player controls the game from the key Left Arrow, Right Arrow of the keyboard and also from BTN1 and BTN2 of the DIO4. The game is turned on/off by the SW1.The score of the player and his artificial opponent is shown on a 2 digit 7 segments display. 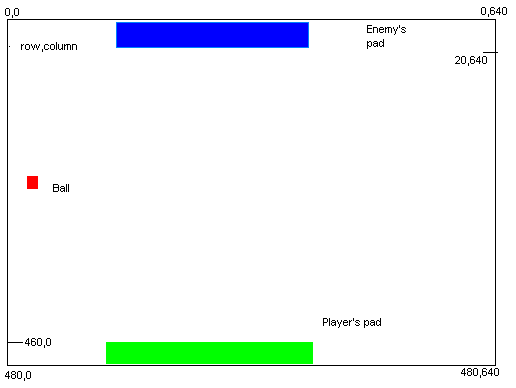 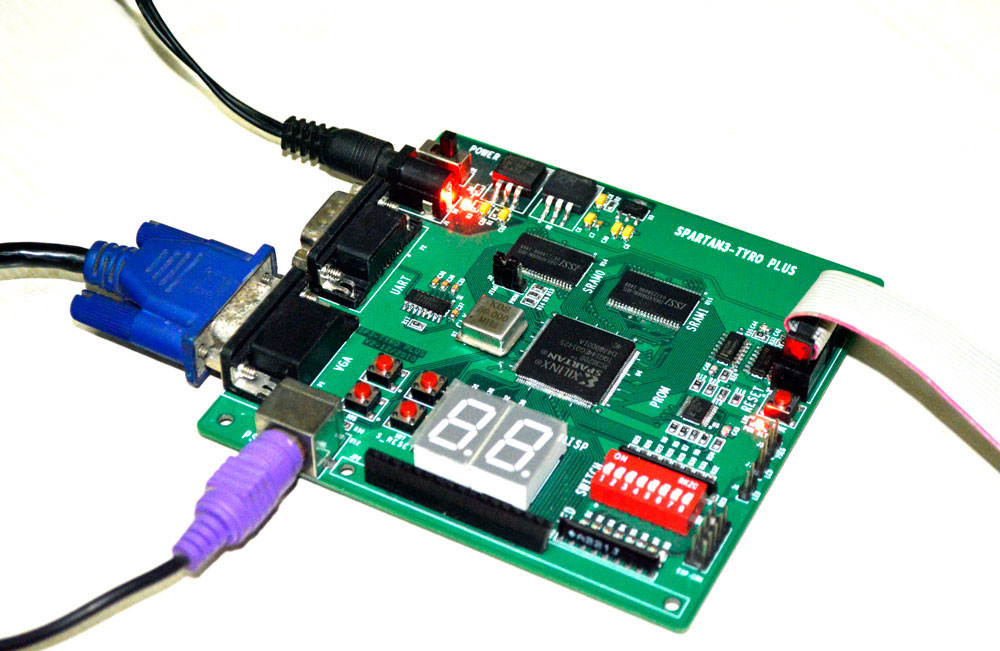 2)JTAG connection with the FPGA kit. 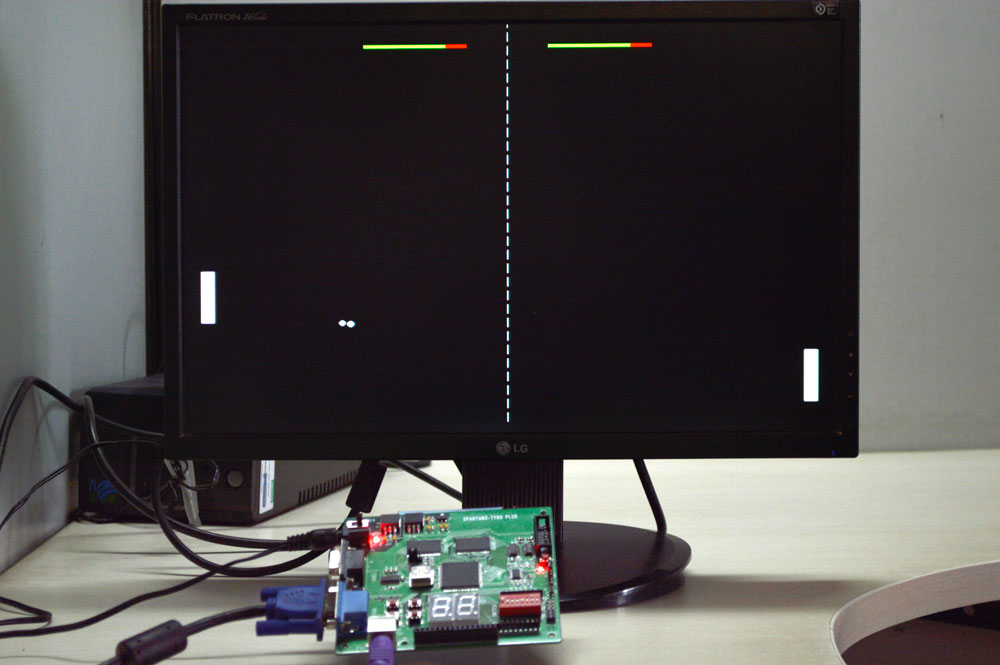 The game is fully functional as is intended in this form but one’s cane modify from the type of players: can be human to human or AI to AI, or to implement more mode of play, or to implement more speed levels, or to change the position of the board from left to right, to have more player, and so on in Spartan3 FPGA Image Processing kit.