Our model helps them to type the letters using the virtual keyboard, which is displayed in the monitor, designed using python programming. This system is having core system as Raspberry Pi. The virtual keyboard contains alphabets, numbers and some punctuations. Mouse pointer gets automatically shifted through every key, characters can be chosen by making an eye blink at a particular position of mouse pointer at a certain character.

Since Raspberry Pi is small Pc, It is having the option to connect a monitor. Raspberry Pi contains HDMI port; monitor can be connected by using VGA to HDMI converter cable. BrainSense is connected with Raspberry Pi using Bluetooth. Virtual keyboard, which is created using python programming, got displayed in the Monitor. 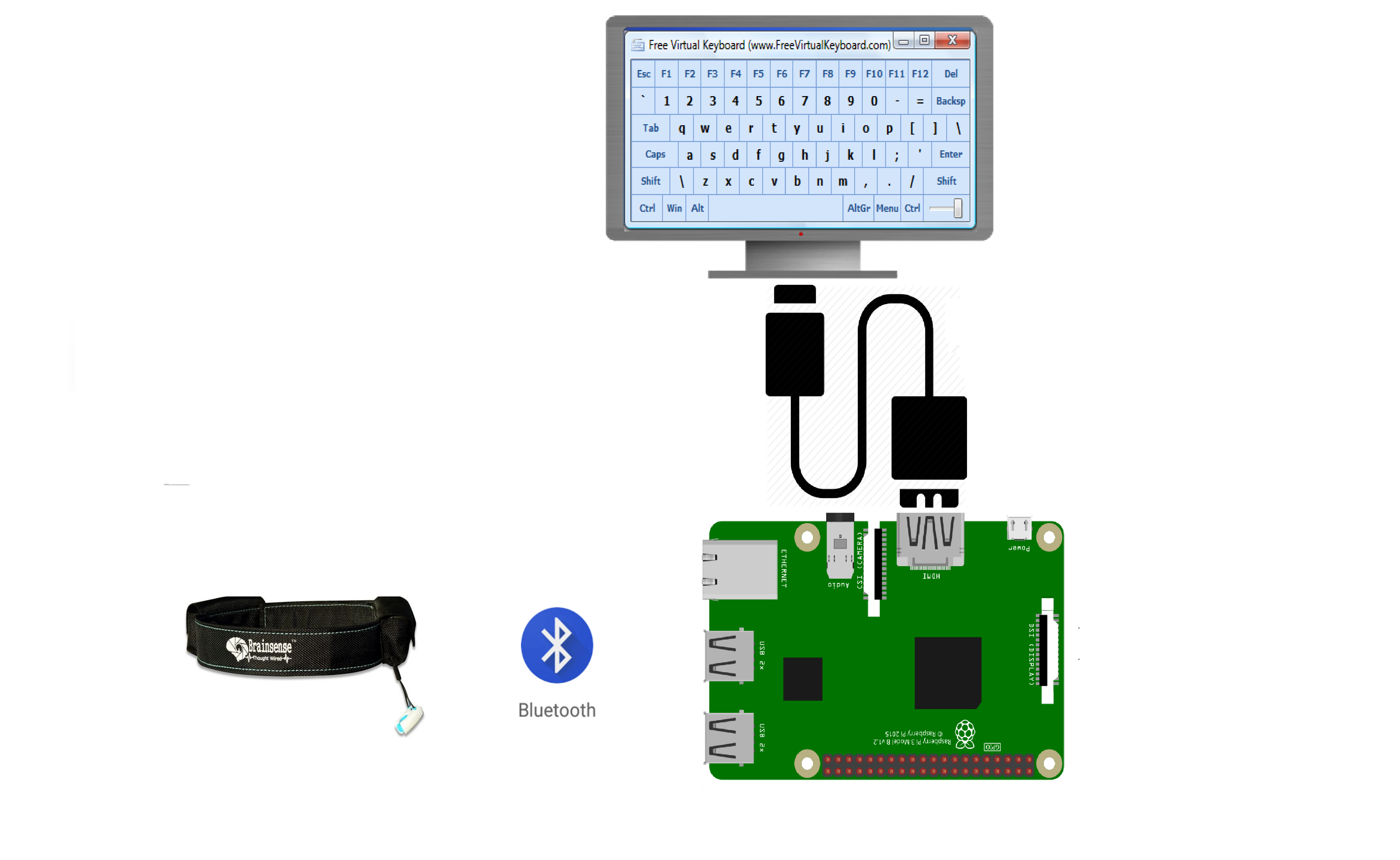 In this system, Raspberry Pi acts as a core, which these applications don’t require any laptop/pc with Matlab. Since it is a mini Pc, it will process the signal by own. When the system begins to run, it opens the Virtual keyboard which contains alphabets, numbers, and symbols. Then mouse pointer gets automatically move throughout every key, whenever we make an eyeblink at certain keys, the letter got selected and got typed. Before opening that virtual keyboard, we have to place the cursor at notepad or anywhere that where we have to type the sentence. After that by making eyeblink at every position of the mouse pointer, the character got chosen and got typed.

This system can be easily reconfigurable for further more keys. Further, we can develop by including dictionaries with it, as well as we can develop this application with voice output. The intensity of Eyeblink differs for every human, we can reconfigure the code for high accuracy for blink detection.