Distance measurement from the… 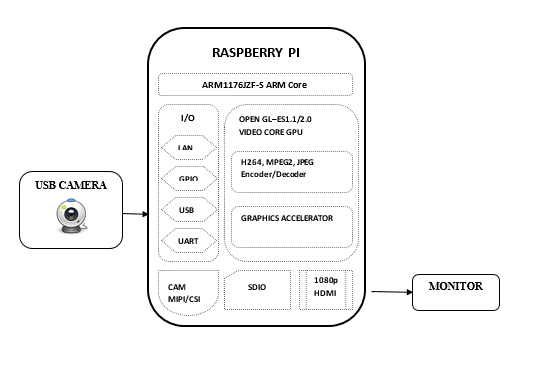 In the above Block diagram, Raspberry Pi is used as the core system, where the camera is connected to the Raspberry Pi.

This Raspberry Pi system described measuring the distance by using the camera, through Open Computer Vision technology. Which will measure the distance without using any sensor, only by using camera distance got measured in the unit of feet. To make it get good distance value, we need to calibrate the camera to which is placed at the known distance from an object. After calibration, then whenever you change the distance according to the basic calibration, distance get calculated which the object is placed in front of the object, which is detected by measuring the maximum contour detected in the grayscale image.

By this Raspberry Pi with camera project, you will learn to measure the distance without any sensor, by using the camera with having calibration before we are measuring the distance of an object