Gesture Recognition is a technology which is used to identify human physical gestures with the help of some algorithms. Gesture recognition recognizes the hand, tracks the hand movements & also provides information about hand position orientation. In this system finger tip is made to be the pen for art. For that color markers should be placed at the tip of the finger, according to the color movement art can be performed. By using camera we have to draw in front of that camera in the air so that color has been processed and make an art in white frame. Color can be configured using HSV (Hue Saturation Value).

In this system Blue color marker is used to make an art. Generally RED  has  HUE, SATURATION and VALUE in between 170-180, 160-255, 60-255 respectively. Here the HUE is unique for that specific color distribution object. But SATURATION and VALUE may vary according to the lighting condition of that environment.

The camera is connected with the Raspberry pi, using OpenCV it process the image to detect the finger having some color to make an art. Then it gets displayed on the monitor as output, drawing is done by following the movement of the colored object using the camera in the output display. 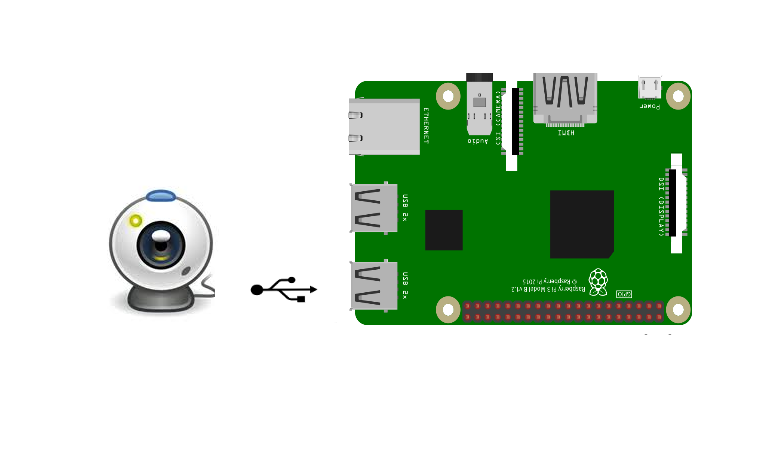 When we run the program white screen will appear, by using HSV we have to configure the color of the object that we going to use. Then same color should be placed in the tip of the finger. So that if we move our finger tip it gets drawn on white screen. Also, we can add some keyboard shortcut so that we can able to refresh the screen or to hold the pointer for a second. We are just going to draw in the air, in front of the camera. Using OpenCV color has been detected and art has been performed on the basis of finger tip movement. If we show our finger without the configured color, screen becomes idle.

OpenCV usually captures images and videos in 8-bit, unsigned integer, BGR format. In other words, captured images can be considered as 3 matrices; BLUE, GREEN and RED (hence the name BGR) with integer values ranges from 0 to 255. 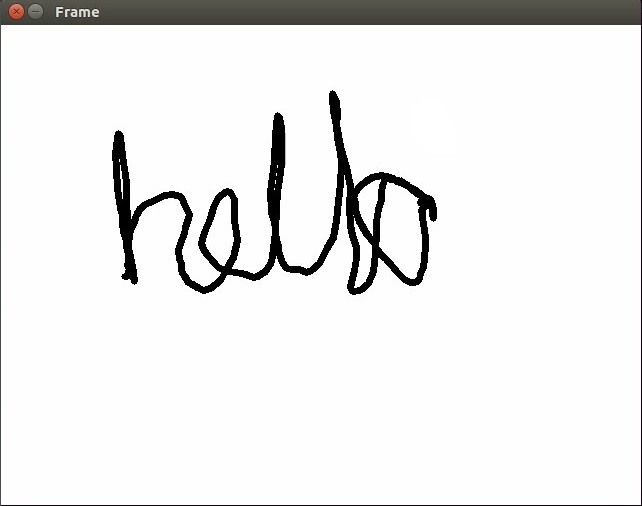 The above figure shows the resulting art we have done by drawing in the air in front of the camera using our finger tip with color marker.

Color marker is configurable, by knowing the HSV value of each color we can program this system with different color to make a digital art. In few worst case some paralytic disease causes some disabilities in their fingers, by using this system their writing impossibility become possible. It can also be innovated by writing and text can be predicted automatically.