Our model helps them to operate home appliances by having eye blink. This system is having a core system as Raspberry Pi, However, the appliances can be chosen by having priority for appliances. In this application. Appliances are switched on by having one blink and switched off by making double blink. In this system, priority as an order of light, fan, and Tv. We can operate more appliances by giving furthermore order of priorities.

Since the system uses Raspberry Pi, it does not require Matlab for processing the signal. Raspberry Pi which has inbuilt Bluetooth, so that there is no need for external Bluetooth. We can operate any home appliances which is connected through a relay with Raspberry Pi. Raspberry Pi can process the signal and can able to classify the brain waves which is done using Python programming. 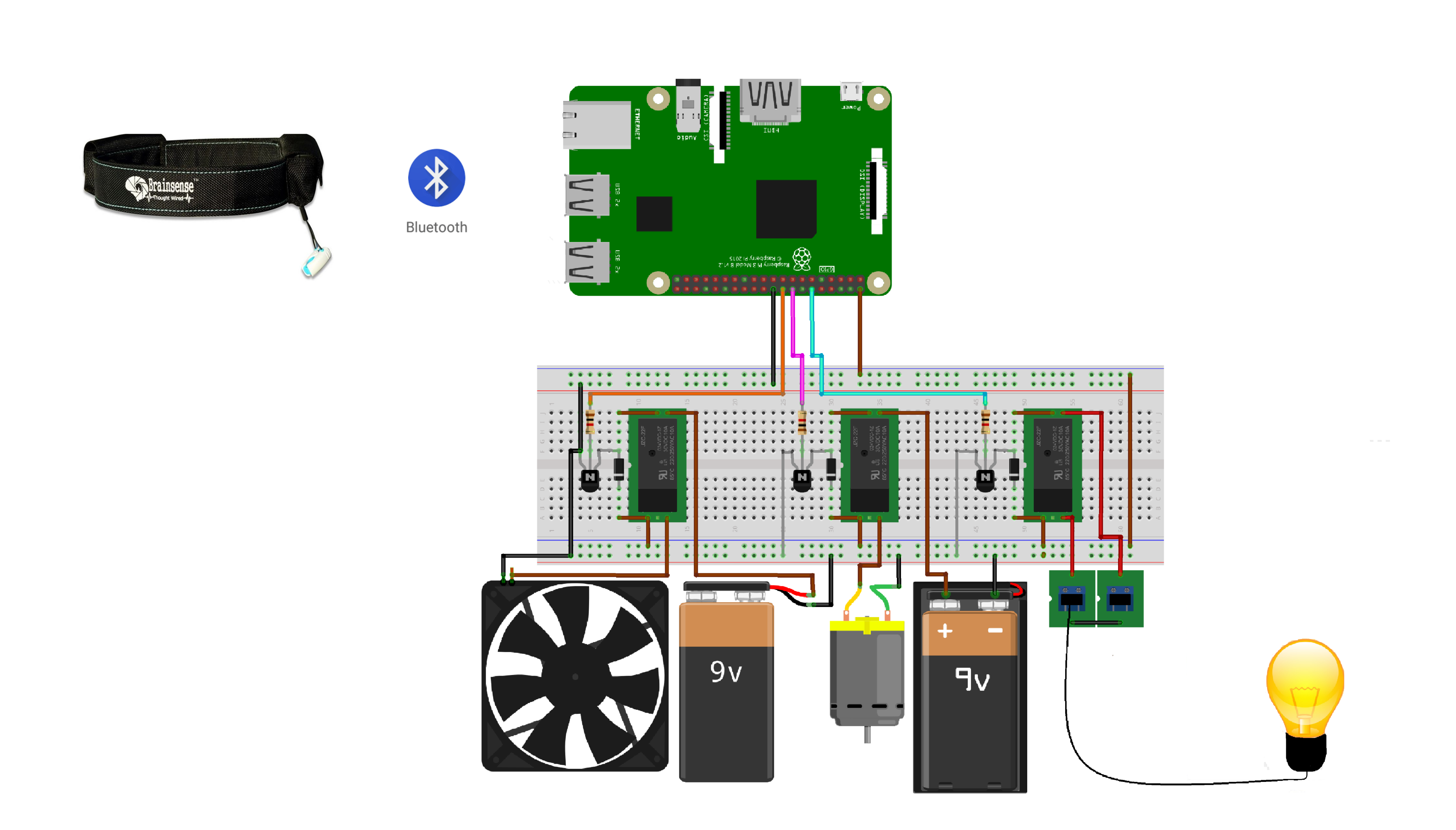 In this system, Raspberry Pi acts as a core, which these applications don’t require any laptop/pc with Matlab. Since it is a mini Pc, it will process the signal by own. When the system begins to run, priority begins with respect to time. It will ask for appliance light first, we have to make single blink or double blink for on and off. For each minute it switches over to one appliance to another. So we have to identify the current application displayed on the monitor and then we have to blink.

This system can be easily reconfigurable for further more appliances. We can add more appliances by having some order of priorities. The intensity of Eyeblink differs for every human, we can reconfigure the code for high accuracy for blink detection.