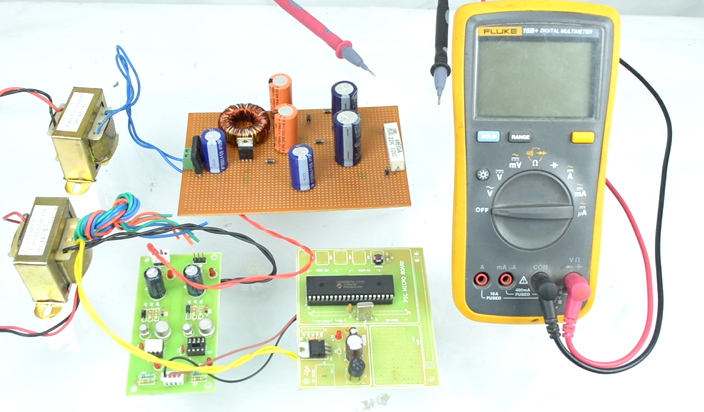 In normal speed control of induction motor has been easier by using of microcontroller and semiconductor devices. This project is used to vary the pulse width modulation (pwm) signals by using arduino controller. The firing pulses of IGBT’s are varied .the firing pulse is given to the driver board and control the pulses. Speed control of a single phase induction motor is implemented using Arduino Uno controller. Arduino Uno controller is connected to the PWM inverter. The single phase inverter using arduino output will be compared

Step up DC DC Converter based on Three Winding Inductor

A quadratic boost converter topology based on a high conversion ratio dc to dc converter with an active zero-voltage switching (ZVS) snubber circuit is developed for PV system application. The snubber circuit is used to protect the device and also provide smooth switching. The re-boost inductor, a coupled inductor and charge-pump circuits are proposed to achieve the high voltage gain with quadratic function. A first inductor is proposed to re-boost the voltage gain to make the output voltage is higher. The converter operating principle of the proposed conversion system is described in the detailed converter analysis. Simulation and experimental results are used to verify the performance of the quadratic boost converter with the maximum power point tracking controller (MPPT) in the PV inverter system.

The dc-dc power converters are gaining more attention in the power electronic research field. To cross the voltage demand, single input and multiple output topologies (SIMO) are developed. So many converters are available under this category. Integrated Dual Output Converter (IDOC) is one of the single input multi output topologies. IDOC is a DC-DC power converter which performs both buck and boost operations. The single power supply is used both simultaneously. The both of the switches in the IDOC can be connected in series. And operated to obtain the boost and buck voltages. In this project, the basic operation of IDOC is presented and compared with conventional buck converter. The hardware of IDOC with 100W is developed and tested. Also the experimental results are compared with the simulation results. Also the performance comparison among buck, boost and IDOC converters are tested.

In this project we have implemented bridge less boost converter in texas based digital signal controllers.The project was tested on TMS320F2812 platform.

In this project smart grid is implemented using arduino,data was sent to the cloud.

In this project we have implemented boost converter using arduino.

This project describes the speed control of Induction motor with the Spartan6 Digital Signal Controller. By comparing the sine and triangular wave (internal) Spartan6 generates the controlled switching pulses for inverter. The speed control is done by changing the frequency of reference sine from Spartan6. The motor speed is measured by using the proximity sensor placed on the Induction Motor and displayed on LCD.

In this project Proximity sensor interfaced with Spartan3an FPGA Starter kit to measure the speed of induction Motor. The RPM is displayed on LCD through the FPGA. For this purpose external motor source is placed with variable speed increment and decrement.

Getting Started with pic kit 3