The Audio Loop Back is implemented with Dsp TMS320C5505 hardware setup and software program in C code using Code Composer Studio. Whereas Audio loop back are used wide range of application in audio signal Processing as well as in general DSP application.

The Main tools which we used are TYRO TMS320C5505 kit and Code Composer Studio v4.

HOW AUDIO DSP ON TMS320C5505 EVALUATION BOARD PROCESSOR

The Code Composer Studio v4 will help us to do the source code for TMS320C5505 to implement the Audio Loop Back project. 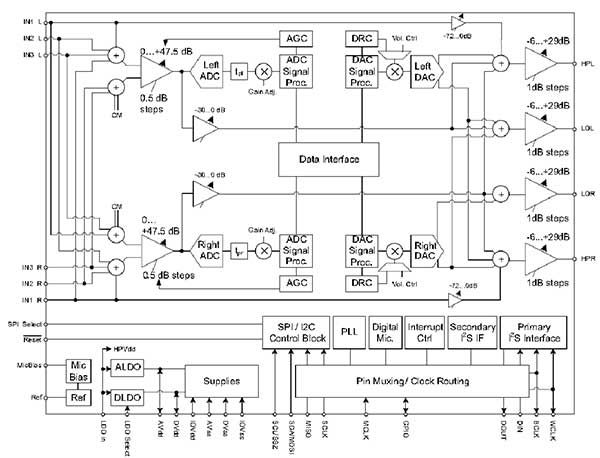 Extensive Register based control of power, input/output channel configuration, gains, effects,pin-multiplexing and clocks is included, allowing the device to be precisely targeted to its application.

From the processor, we have to intialize the codec device by resetting and sending command to the slave device (TLV320AIC3204). After the TLV320AIC3204 is initialized through hardware reset at power-up or software reset, the internal memories is initialized to default values. This initialization takes place within 1ms after pulling the RESET signal high.

Whenever the PLL is powered up, a startup delay of approx of 10ms is involved after the power up command of the PLL and before the clocks are available to the codec. This delay is to ensure stable operation of PLL and clock-divider logic.

Reading the microphone or audio signal from audio system and feeding to ADC to get digitized value according to audio signal. Acco 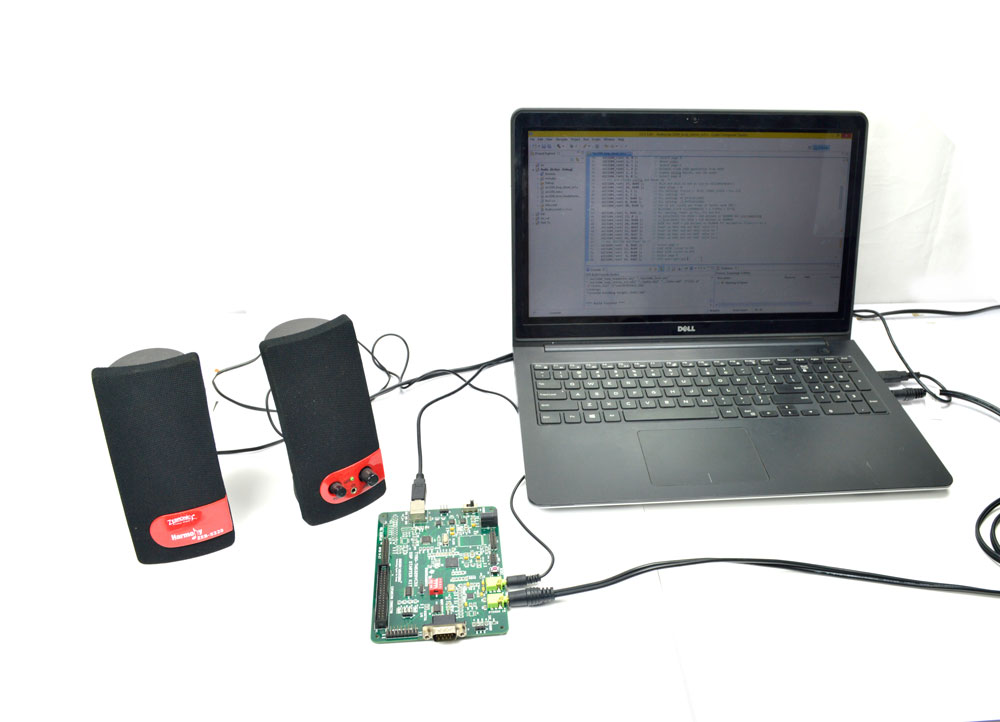 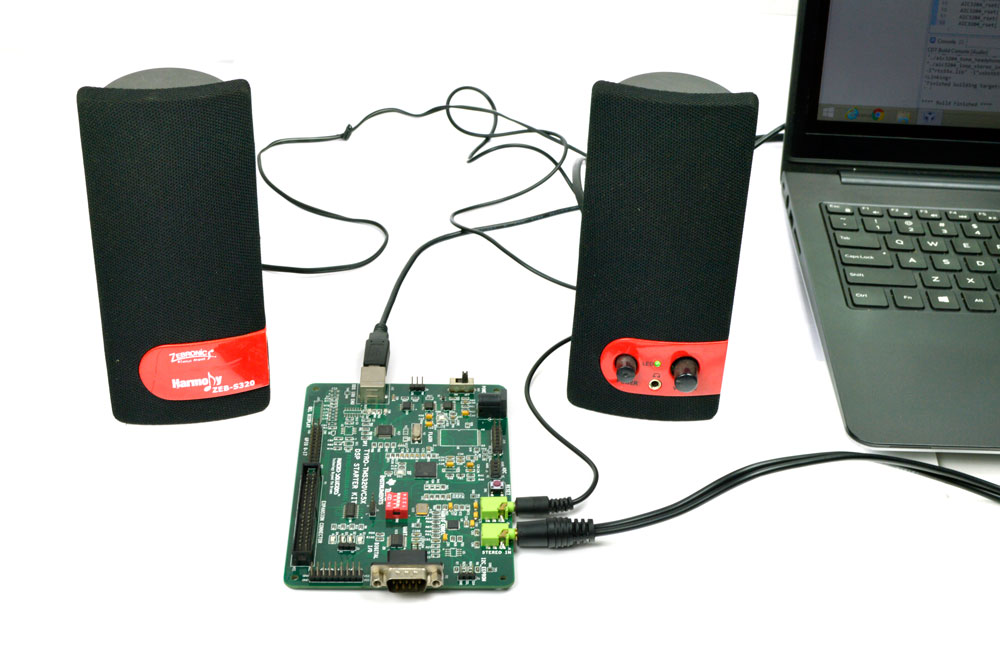