In modern life we have to face with many problems one of which is traffic congestion becoming more serious day after day. Traffic flow determination can play a principle role in gathering information about them. This data is used to establish censorious flow time periods such as the effect of large vehicle, specific part on vehicular traffic flow and providing a factual record of traffic volume trends. This recorded information also useful for process the better traffic in terms of periodic time of traffic lights. There are many routes to count the number of vehicles passed in a particular time, and can give judgment of traffic flow. Now a day’s camera-based systems are better choices for tracing the vehicles data. This project focuses on a firmware-based novel technique for vehicle detection. This approach detects the vehicles in the source image, and applies an existing identifier for each of the vehicle. Later it classifies each vehicle on its vehicle-type group and counts them all by individually. The developed approach was implemented in a firmware platform which results is better accuracy, high reliability and less errors. Traffic lights play a very significant role in traffic control and regulation on a daily basis. Using MATLAB the density of the roads is determined and the microcontroller changes the duration of green light given for each road as per the output after image processing. 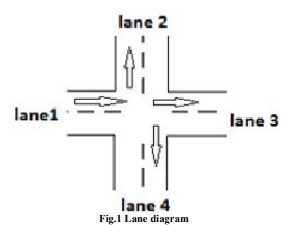 In this system we are going to implement crowd based traffic light signal,lane will be get open on the basis of crowd at the desired lane.It is identified by the capturing the vehicle crowd images in the lane and identifying the number of vehicles in that desired lane. 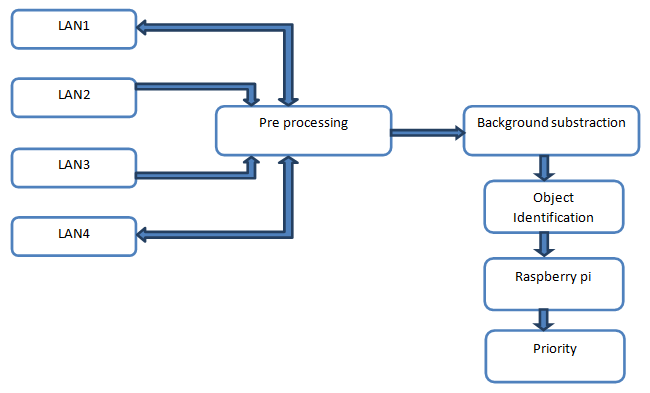 Pre-processing is a common name for operations with images at the lowest level of abstraction — both input and output are intensity images.o The aim of pre-processing is an improvement of the image data that suppresses unwanted distortions or enhances some image features important for further processing.

In this modern era as the population is increased rapidly the usage of vehicles has also increased tremendously. The cause of it is heavy traffic. In order to avoid this problem it is better that we flow new communication methods such as image processing based intelligent traffic controlling and monitoring system using ARDUINO. By using this method we can get the details about information about vehicles in particular junctions through internet access. This is more beneficial for the emergency travelling.